An Abbreviated History Of The Bicycle 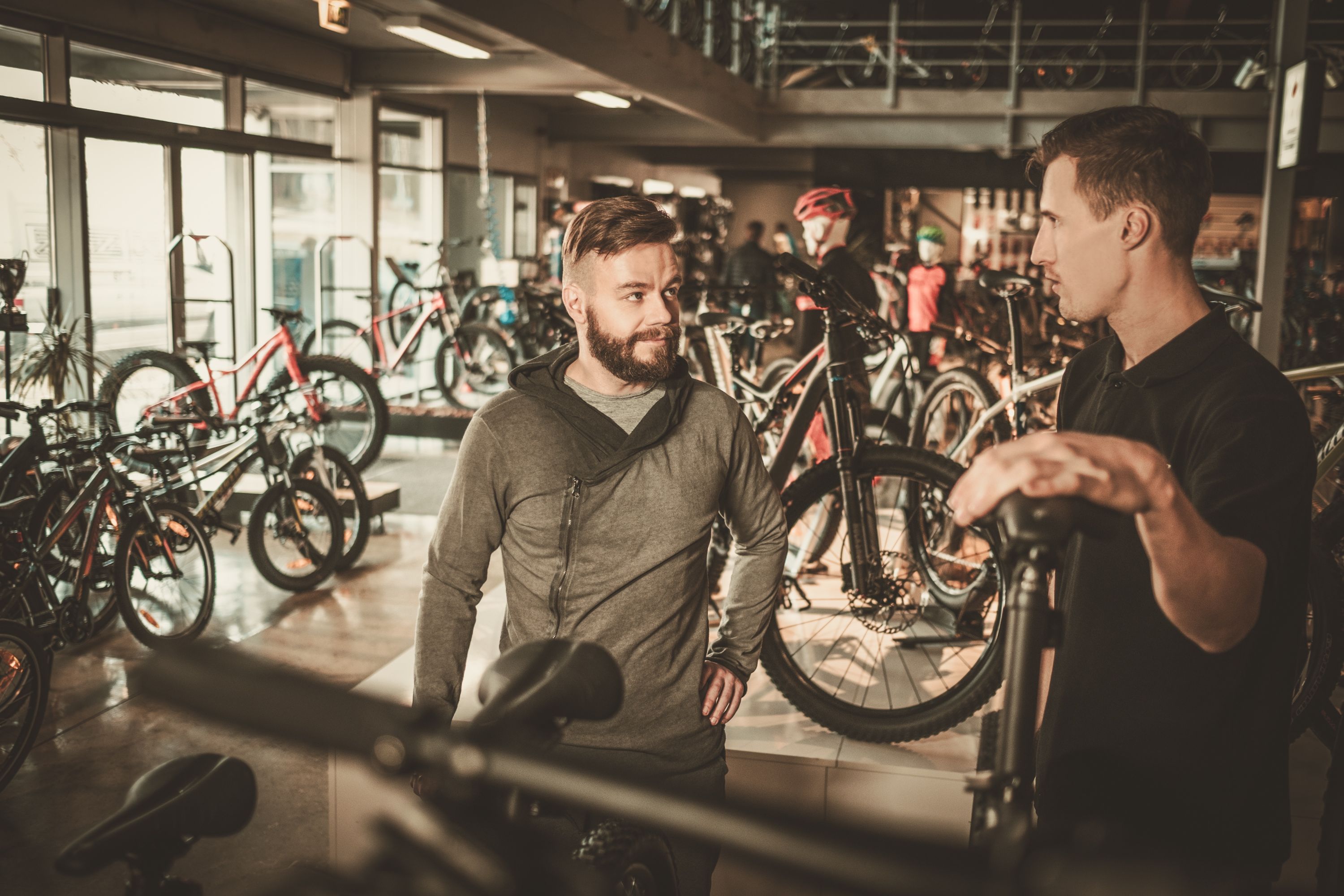 Although there is some disagreement as to the beginning of the history of the bicycle, the earliest reference is to a four wheeled human powered vehicle invented by Giovanni Fontana in 1418.  Sketches date to 1493 of an early version of the bicycle were discovered in 1974 and erroneously attributed to Leonardo DaVinci.   The French credit Comte de Sicrac with constructing something called a celerifer in1797, but that claim has since been debunked.

One invention that people agree upon is the 1817 contraption called a velocipede that was built by German inventor Karl Drais.  He invented it in response to the killing of horses by starving people.  It was made of wood, and had a front wheel that could be steered, but did not have pedals.  It worked by pushing it with the feet.  They didnt catch on, and it was another 50 years before anything resembling bicycles resurfaced.

The modern history of the bicycle starts in 1863 with the introduction of the Velocipede.  This fad included indoor riding rinks in major cities.  The high wheel bicycles most people recognize surfaced in 1870.  They were the first to be made of metal, and the pedals were attached to the large front wheel.  The wheels got larger as manufacturers realized that bigger wheels meant the bicycle could travel farther with each push of the pedal.  By 1880, they were extremely popular.

In America, the first high wheeled bicycle was manufactured in 1878 by the Weed Sewing Machine Company and retailed for the then staggering sum of $150.  The rear wheeled bicycle, the precursor of bicycles today, came about thanks to Englishman Henry Lawson in 1879.  The 1890s saw the mass production of the bicycle, making them affordable for people of average means.  A new industry, the bicycle messenger, was soon spawned in 1894 after a railroad strike stopped mail deliveries to the California Bay Area.

One of the oldest bicycle companies in continuous operation is Schwinn, which still makes bicycles today,and was founded in 1895.  That same year, Albert Pope began the American Bicycle Company when he bought out 75 manufacturers.  Gears first appeared in 1903.

The use of bikes declined with the invention of the automobile, and the bicycle was relegated to a childrens toy.  After World War I, companies like Sears & Roebuck began mass marketing bikes to kids.  These 65 pound behemoths were produced well in to the 1950s.  Improvements to the designs continued at a steady pace since the 1950s, with many of these improvements credited to Tullio Campagnolo who acquired over 130 patents.

The modern ten speed bike appeared toward the end of the 1960s.  Bikes at this point were used mainly for recreation and fitness.  The 1970 oil embargo changed that.  High fuel prices and sparse availability caused many to take bicycle commuting.  Many of these people never lost their interest in bicycling, spurring even more improvements to be made.  In 1978, bicycle sale outpaced car sales due to the steady rise in the price of oil.

The history of the bicycle tracks the history of the world economy as well as the industrial revolution.  Mass production was vital to making bikes affordable for everyone.  Their mass availability becomes important when gasoline became hard to find in the 1970s.  They remain popular today as recreational and transportation vehicles.  Stationary bikes are now used for fitness.  Mountain bikes turns into BMX which are used for racing and extreme sports, soon to be finding their way into the modern Olympic Games.  More information concerning bicycle history is available from the National Bicycle History Archive of America in Davis, California.