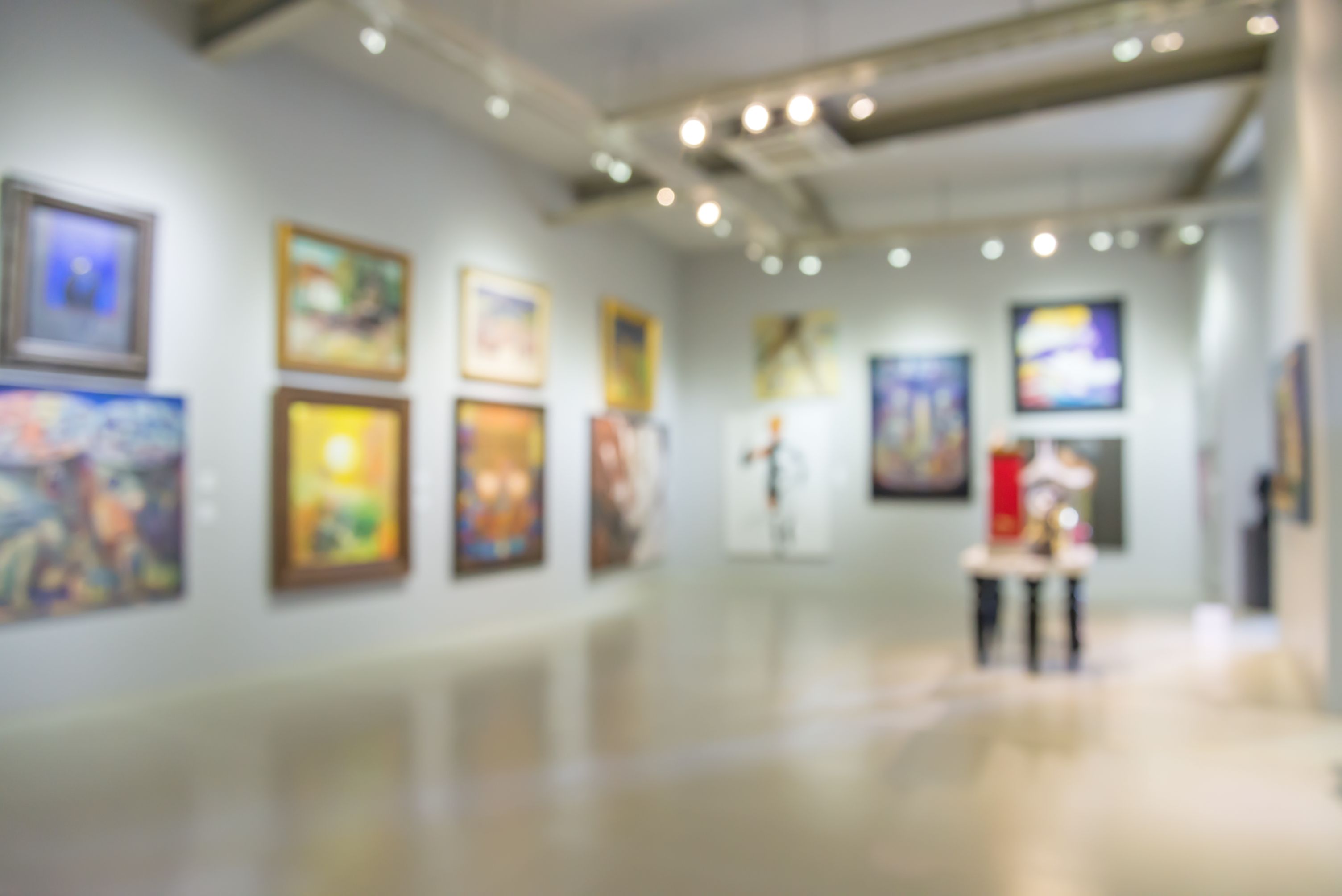 Looking for virtual tours of museums? Want to experience museums from home without going to large crowds? Thanks to Google and others, you can now visit tons of places where you can gain knowledge about art, history, and science. This collection is especially good for students and others who are looking for ways to stay on top of their studies while schools are closed.

British Museum, London
The British Museum is a public institution dedicated to human history, art and culture. Its permanent collection of some eight million works is among the largest and most comprehensive in existence, having been widely sourced during the era of the British Empire. It documents the story of human culture from its beginnings to the present. It was the first public national museum in the world. This iconic museum located in the heart of London allows virtual visitors to tour the Great Court and discover the ancient Rosetta Stone and Egyptian mummies. You can also find hundreds of artifacts
CLICK HERE.

National Gallery of Art, Washington, D.C.
The National Gallery of Art, and its attached Sculpture Garden, is a national art museum in Washington, D.C., privately established in 1937 for the American people by a joint resolution of the United States Congress. The Gallery's collection of paintings, drawings, prints, photographs, sculpture, medals, and decorative arts traces the development of Western Art from the Middle Ages to the present, including the only painting by Leonardo da Vinci in the Americas and the largest mobile created by Alexander Calder.This famous American art museum features two online exhibits through Google. The first is an exhibit of American fashion from 1740 to 1895, including many renderings of clothes from the colonial and Revolutionary eras. The second is a collection of works from Dutch Baroque painter Johannes Vermeer.
CLICK HERE

Musée d’Orsay, Paris
The Musée d'Orsay is a museum in Paris, France, built between 1898 and 1900. The museum holds mainly French art dating from 1848 to 1914, including paintings, sculptures, furniture, and photography. It houses the largest collection of impressionist and post-Impressionist masterpieces in the world, by painters including Monet, Manet, Degas, Renoir, Cézanne, Seurat, Sisley, Gauguin, and Van Gogh. It is one of the largest art museums in Europe. Musée d'Orsay had more than 3.6 million visitors in 2019. You can virtually walk through this popular gallery that houses dozens of famous works from French artists who worked and lived between 1848 and 1914. Get a peek at artworks from Monet, Cézanne, and Gauguin, among others.
CLICK HERE

Pergamon Museum, Berlin
The Pergamon Museum is situated on the Museum Island in Berlin. The building was constructed over a period of twenty years, from 1910 to 1930. The Pergamon Museum houses monumental buildings such as the Pergamon Altar, the Ishtar Gate of Babylon, the Market Gate of Miletus reconstructed from the ruins found in Anatolia, as well as the Mshatta Facade. The museum is subdivided into the antiquity collection, the Middle East museum, and the museum of Islamic art. It is visited by approximately 1,135,000 people every year[citation needed], making it the most visited art museum in Germany (2007), and is one of the largest in the country. As one of Germany’s largest museums, Pergamon has a lot to offer – even if you can’t physically be there. This historical museum is home to plenty of ancient artifacts including the Ishtar Gate of Babylon and, of course, the Pergamon Altar.
CLICK HERE

Rijksmuseum, Amsterdam
The Rijksmuseum is a Dutch national museum dedicated to arts and history in Amsterdam. The museum was founded in The Hague on 19 November 1798 and moved to Amsterdam in 1808, where it was first located in the Royal Palace and later in the Trippenhuis. On 13 April 2013, after a ten-year renovation which cost € 375 million, the main building was reopened by Queen Beatrix. In 2013 and 2014, it was the most visited museum in the Netherlands with record numbers of 2.2 million and 2.47 million visitors. It is also the largest art museum in the country. The museum has on display 8,000 objects of art and history, from their total collection of 1 million objects from the years 1200–2000, among which are some masterpieces by Rembrandt, Frans Hals, and Johannes Vermeer. The museum also has a small Asian collection, which is on display in the Asian pavilion. Explore the masterworks from the Dutch Golden Age, including works from Vermeer and Rembrandt. Google offers a Street View tour of this iconic museum, so you can feel as if you’re actually wandering its halls.
CLICK HERE

Van Gogh Museum, Amsterdam
The Van Gogh Museum is a Dutch art museum dedicated to the works of Vincent van Gogh and his contemporaries in Amsterdam. The museum contains the largest collection of Van Gogh's paintings and drawings in the world. In 2017, the museum had 2.3 million visitors, and was the most visited museum in the Netherlands, and the 23rd most visited art museum in the world. In 2019, the Van Gogh Museum launched the Meet Vincent Van Gogh Experience, a technology-driven "immersive exhibition" on Van Gogh's life and works, which has toured globally. Anyone who is a fan of this tragic, ingenious painter can see his works up close (or, almost up close) by virtually visiting this museum – the largest collection of artworks by Vincent van Gogh, including over 200 paintings, 500 drawings, and over 750 personal letters.
CLICK HERE

The J. Paul Getty Museum, Los Angeles
The J. Paul Getty Museum, commonly referred to as the Getty, is an art museum in California housed on two campuses: the Getty Center and Getty Villa. The two locations received over two million visitors in 2016. The primary museum, located at the Getty Center, is in the Brentwood neighborhood of Los Angeles, on a hilltop above the west side of the Sepulveda Pass and I-405 freeway. The Museum houses primarily European paintings, drawings, sculpture, illuminated manuscripts, and decorative arts, as well as photography from its beginnings to the present, gathered internationally. The secondary museum, the Getty Villa, is in the Malibu neighborhood and displays art from Ancient Greece, Rome, and Etruria. European artworks from as far back as the 8th Century can be found in this California art museum. Take a Street View tour to discover a huge collection of paintings, drawings, sculptures, manuscripts, and photographs.
CLICK HERE

The Uffizi Gallery is a prominent art museum located adjacent to the Piazza della Signoria in the Historic Centre of Florence in the region of Tuscany, Italy. One of the most important Italian museums and the most visited, it is also one of the largest and best known in the world and holds a collection of priceless works, particularly from the period of the Italian Renaissance. After the ruling house of Medici died out, their art collections were gifted to the city of Florence under the famous Patto di famiglia negotiated by Anna Maria Luisa, the last Medici heiress. The Uffizi is one of the first modern museums. The gallery had been open to visitors by request since the sixteenth century, and in 1765 it was officially opened to the public, formally becoming a museum in 1865. Today, the Uffizi is one of the most popular tourist attractions of Florence and one of the most visited art museums in the world.his less well-known gallery houses the art collection of one of Florence, Italy’s most famous families, the de'Medicis. The building was designed by Giorgio Vasari in 1560 specifically for Cosimo I de'Medici, but anyone can wander its halls from anywhere in the world.
CLICK HERE

MASP, São Paulo
The São Paulo Museum of Art is an art museum located on Paulista Avenue in the city of São Paulo, Brazil. It is well known for its headquarters, a 1968 concrete and glass structure designed by Lina Bo Bardi, whose main body is supported by two lateral beams over a 74 metres (243 ft) freestanding space, considered a landmark of the city and a main symbol of modern Brazilian architecture.[ The museum is a private non-profit institution founded in 1947 by Assis Chateaubriand and Pietro Maria Bardi. MASP distinguished itself for many important initiatives concerning museology and art education in Brazil, as well as for its pioneering role as a cultural center. It was also the first Brazilian museum interested in Post-World War II art. The museum is internationally recognized for its collection of European art, considered the finest in Latin America and all Southern Hemisphere. It also houses an emphatic assemblage of Brazilian art, prints and drawings, as well as smaller collections of African and Asian art, antiquities, decorative arts, and others, amounting to more than 8,000 pieces. The Museu de Arte de São Paulo is a non-profit and Brazil’s first modern museum. Artworks placed on clear perspex frames make it seem like the artwork is hovering in midair. Take a virtual tour to experience the wondrous display for yourself.
CLICK HERE

National Museum of Anthropology, Mexico City
The National Museum of Anthropology is a national museum of Mexico. It is the largest and most visited museum in Mexico. and contains significant archaeological and anthropological artifacts from Mexico's pre-Columbian heritage, such as the Stone of the Sun (or the Aztec calendar stone) and the Aztec Xochipilli statue.Built in 1964, this museum is dedicated to the archaeology and history of Mexico’s pre-Hispanic heritage. There are 23 exhibit rooms filled with ancient artifacts, including some from the Mayan civilization.
CLICK HERE

Sadly, not all of the numerous popular art museums and galleries could be included on Google Arts & Culture’s collection, but some museums are taking it upon themselves to offer online visits.