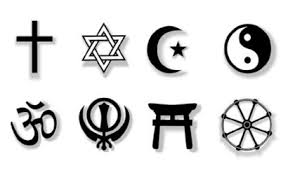 Want to know what is interfaith dialogue? Simply defined, Interfaith dialogue refers to the cooperative, constructive, and positive interaction between people of different religious traditions or faiths, and/or spiritual or humanistic beliefs, at both the individual and institutional levels.

Interfaith dialogue is different from syncretism or alternative religion, in that dialogue often involves promoting understanding between different religions or beliefs to increase acceptance of others, rather than to synthesize new beliefs.

Rabbi Skorka, a big advocate of interfaith dialogue, learned a great deal through meetings with his friend, now Pope Francis. As he puts it,

"Interreligious dialogue has always been a priority for me. I learned its importance from my mentor Rabbi Marshall T. Meyer, a protégé of the great Rabbi Abraham Joshua Heschel. I first met Jorge Mario Bergoglio nearly 20 years ago, when he was an auxiliary bishop in Buenos Aires. We recognized in the other a partner for the enactment of our shared commitment to dialogue between and among religions. In the following years, we engaged in numerous heartfelt conversations, which we both found deeply meaningful and transformative."

As time went on, Rabbi Skorka found himself asking why his dialogues with the future Pope Francis so powerfully affected both of them. How they moved beyond being superficial exchanges of information to become profound spiritual and personal experiences? How did they come to embody what he has described as “the journey of friendship” that Jews and Catholics have undertaken since the Second Vatican Council?

Initially, they consciously put God at the center of their exchanges and talked about God and how to draw closer to God. They wanted to learn from each other’s experiences of God, which gave them both the certain awareness that God was accompanying them on their journey. By keeping focused on their relationships with God kept them humble and more open to each other.

As Francis put it in On Heaven and Earth, the book they co-authored,

“To dialogue, one must know how to lower the defenses, to open the doors of one’s home and to offer warmth.”

They understood that God has fashioned all of us in the divine image, enabling us to see God’s reflection in each other’s faces as we increasingly opened our hearts to each other.

As they continued to talk, they never tried to persuade—or dissuade—each other of anything.  As Pope Francis has recalled,

“There was a basis of total trust, and...neither of us negotiated our own identity. If we had, we would not have been able to talk. It would have been a sham.... And neither of us attempted to convert the other.”

As they continued to talk, each gained further respect for each other’s religious integrity. In fact, agreed that it would be a blasphemy to God if they were to let even defining differences separate them as God’s children and as brothers.

Both clearly understood the urgent demand of the present—the common effort for peace, the alleviation of hunger, the ending of the destruction of our global ecosystem and focused on what they had in common, such as the common ethical foundation we share in the Bible, rather than the differences and perceived differences that have separated Jews and Christians for centuries.

With his ongoing passion towards interfaith and the obvious benefits it can bring to the world, Rabbi Skorka is an instrumental part of Interfaith Television, an up and coming international faith-based broadcast television network looking to become the world's largest religious television network dedicated to those who believe in cooperative, constructive, and positive interaction between people of different religious traditions  (i.e., "faiths") and/or spiritual or humanistic beliefs, at both the individual and institutional levels.

Interfaith Television provides content and news to help accelerate the peace process and unite people of different religions and faiths. They do this through understanding and celebration of what people of all religions have in common, rather than focusing on the past of in the ways people are different.

Interfaith television aims to provide content about bringing people together - not about renouncing religions, or combining all religions into one. In fact, their members often find that their friendships with people in other traditions strengthen their understanding and respect for their own tradition.

Interfaith Television looks to reach out across the stereotypes and misunderstandings that lead to religiously-motivated violence and reinforce the basic idea inherent in most religions that idea that every human deserves respect.The core message of our content centers around common  values that are shared by all religions - compassion, respect, love, hope and peace, which are necessary for sustaining life in all communities.