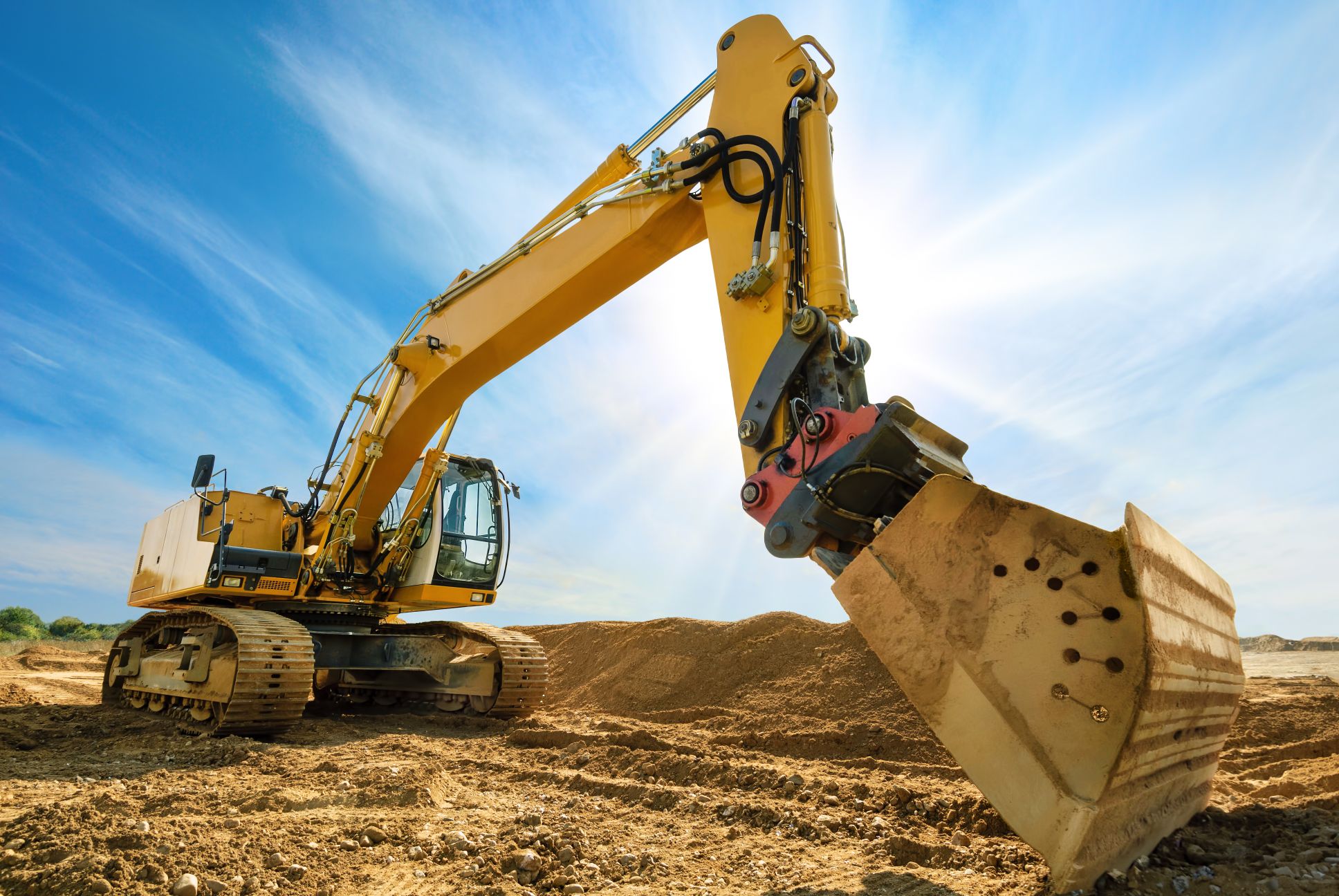 Excavators are heavy equipment used in the construction trade for a variety of purposes.  Most often, they are used for digging trenched, demolitions, grading, and heavy lifting.  The parts of an excavator are a rotating platform called a house, a bucket and cab, a stick, and a boom.  The undercarriage can have either wheels or tracks.  An excavator can be either cable-operated or hydraulic.  The method of operation of the two types is very different.

The capabilities of hydraulic excavators have greatly expanded over time.  The use of hydraulic excavator attachments has greatly enhanced the excavators versatility.  Quick couplers are now featured on many excavator models to make it easier to mount excavator attachments and increase the utilization of the machine at most job sites.  These attachments include a backfill blade for bulldozing and leveling, an auger, a grapple, and a breaker.  Thanks to the attachments, the excavator has become one of the most flexible pieces of equipment at construction and demolition sites.

Another use for the excavator is clearing land.  People who are developing their own large parcels of land might need the use of an excavator to clear trees and debris.  These people typically are not interested in hiring someone else to do work they can do themselves.  So, they rent an excavator and so the work themselves.  Excavator rental is available on an hourly, daily, or long term basis.  Most large projects require an excavator to be available for the duration of the project.  But, some people only need it for a few hours to clear debris from a residential or rural work site.

Before renting an excavator, you need to know what size machine you will need.  The size depends both on the scope of the job and the space that is available.  You might have a lot of debris to move, but if there is little turning radius or solid ground to park the machine, then renting a large excavator will be counter-productive.  Smaller excavator models way from 2000 to 18000 pounds.  You sacrifice horsepower and digging depth with a smaller machine, but it is better suited to a variety of conditions that cannot accommodate a larger machine.

The next decision is what attachments you will need, if any.  The excavator rental service will have these attachments in stock and can rent them to you as well.  The attachments usually rent separately from the main machine.  The added cost can be made up by making the job go faster, as the attachments can make the excavator operate much more efficiently.

The final step is to compare rental prices.  No two companies charge the same price.  The cost for renting an excavator is based on availability, the size of the excavator, and the duration of the rental agreement.  A mini excavator can be rented for as little as $200 a day.  Full sized ones can rent for as much as $1000 a day, or $15,000 per month.  There will also be a fee for delivering the excavator.

Over time, excavators have become quite versatile.  Although they are still the champion at digging drenches and moving debris, the new hydraulic attachments have increased the versatility of the excavator.  The machines can now accomplish some tasks much more efficiently due to the attachments.  For a large project, it is best to hire a contractor with excavator operating experience.  For smaller projects like clearing land for a trailer or to build a hunting blind, an excavator can be rented from an equipment rental agency on a daily, weekly, or monthly basis.  Renting this kind of equipment allows people to do for themselves what they used to have to hire professionals to do for them.