How To Learn Self Defense What Form Is Right For You 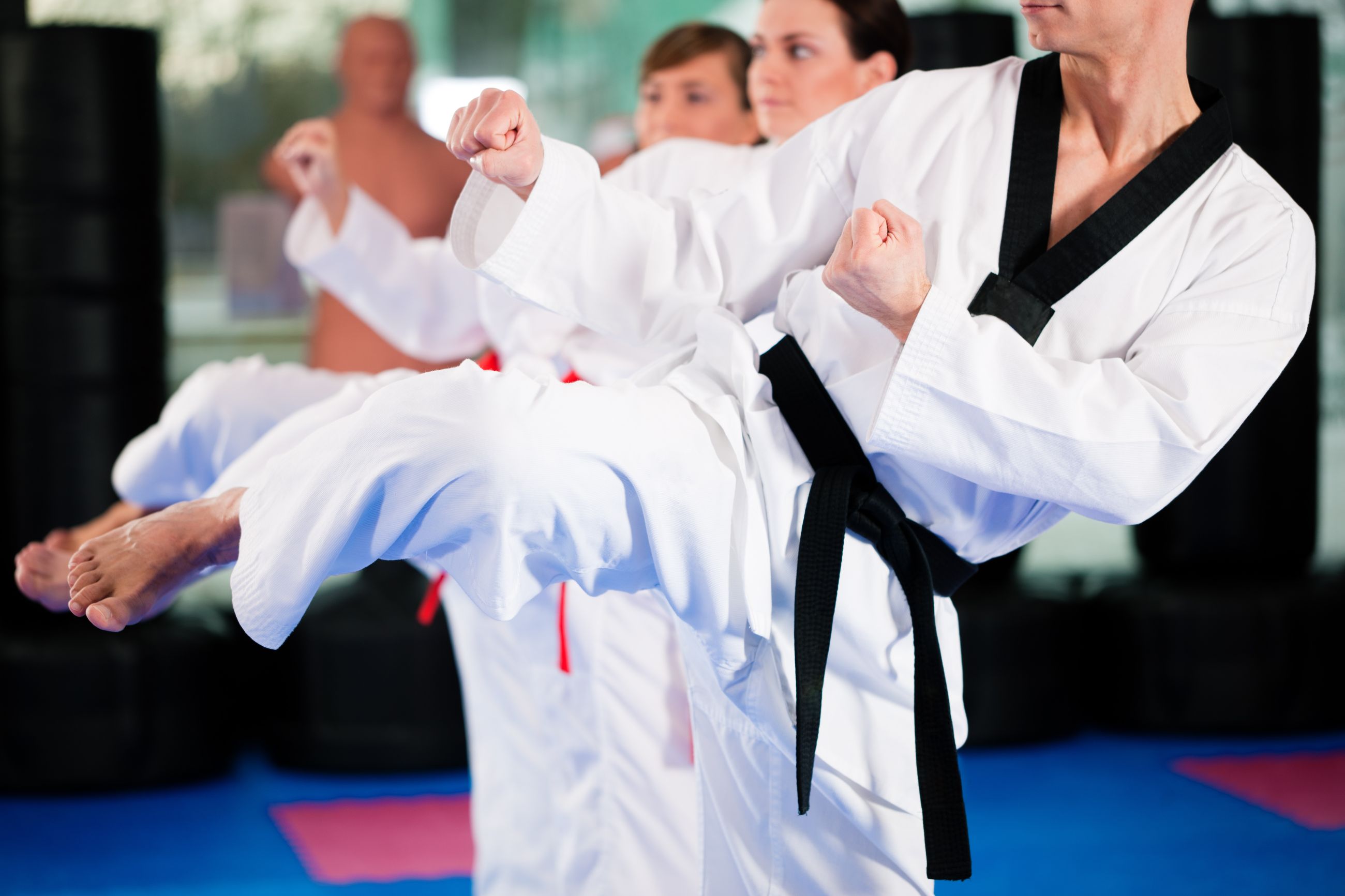 Tae Kwon Do
This is the most popular martial arts form in the United States. There are several reasons that Tae Kwon Do is so popular. One is that it is one of the most enjoyable to practice. Its techniques rely on a lot of kicks. When you learn Tae Kwon Do, you get to learn lots of running, jumping and spinning kicks. This really appeals to children. They will have a blast jumping around the Tae Kwon Do dojo.

Another reason that Tae Kwon Do is so popular is that it has one of the most active competitive circuits of all the martial arts in the United States. To those who love sports and commonly believe that the point of sports is competition, this is very appealing. Tae Kwon Do tournaments have two components. There is a forms competition, which is where competitors run through a set series of moves in front of judges. They are rated on how well they move and how accurately they reflect the form. The other side of Tae Kwon Do tournaments is an actual fighting competition. Competitors wear mouth guards, helmets and chest protectors. They get to kick and punch above the belt, but they cannot punch to the face to avoid injury and ensure safety.

If you want a martial art that is very competitive, then Tae Kwon Do is the one for you. You do not have to compete, but it is an enticing option. Even for those who do not compete, they will still learn all of the essential skills. They will improve flexibility, strength and agility. They will also learn a lot of discipline and mental focus.

Karate
Karate is the Japanese equivalent of Tae Kwon Do. It offers most of the same benefits as Tae Kwon Do and also has a competitive element as well. Modern Karate is very good for both fitness and self-defense. Some popular karate styles are Shotokan and Kempo Karate.

Tai Chi
If you want to receive all of the benefits of a martial art with much less physical action, then tai chi is the perfect style for you. It is the gentlest of the martial arts. Its focus is on going slowly through forms, conserving energy and building mental focus. It is one of the best martial arts forms for older people. It is a very calming practice, so it is great for children who are hyperactive and need to learn a way to focus their energy. A child who learns tai chi will have a way to calm themselves down. Tai Chi can be used for physical self-defense, however it does require great commitment and time to practice, master and learn.

Krav Maga
Krav Maga is a very popular system of fighting. It is the official system of the Israeli Defense forces and is considered one of the fastest ways to learn self-defense. Practitioners learn both offensive and defensive techniques and learn to push themselves through very intense physical workouts. An added benefit of Krav Maga is that you will learn to defend yourself while getting into shape. Krav Maga takes the most effective techniques from other martial arts styles, adds new techniques and blends them into one effective system. Krav Maga is also highly popularized in Hollywood films and celebrity fitness programs.

Party Planning from Checklist to Clean Up
Aquarium Leasing vs Aquarium Buying
22 Air Conditioner Maintenance Tips to keep your home cool
Product Liability Lawyers Near Me What Do They Do
Social Security and Disability Attorneys Near Me What Do They Do
Car Accident Lawyer Near Me Where to Find One
Workers Compensation Insurance What to Know
Auto Body Shop Near Me How to Find One
Best Car Wash Near me How to Find it
Best Auto Detailing Near Me
Best Color for a Car or Truck
Best Tire Shops Near Me Prices and Selection
Car Tires near me Which are Best
Towing Companies Near Me How to Compare
Auto Electric Service Near Me Most Common Issues
Free Business Networking Tool | SmartGuy.com
Top Indiana Traffic School Find Defensive Driving Online
Find High Quality Sunglasses
Best Small Business Bloggers and Influencers
Top Small Business Bloggers Top 40