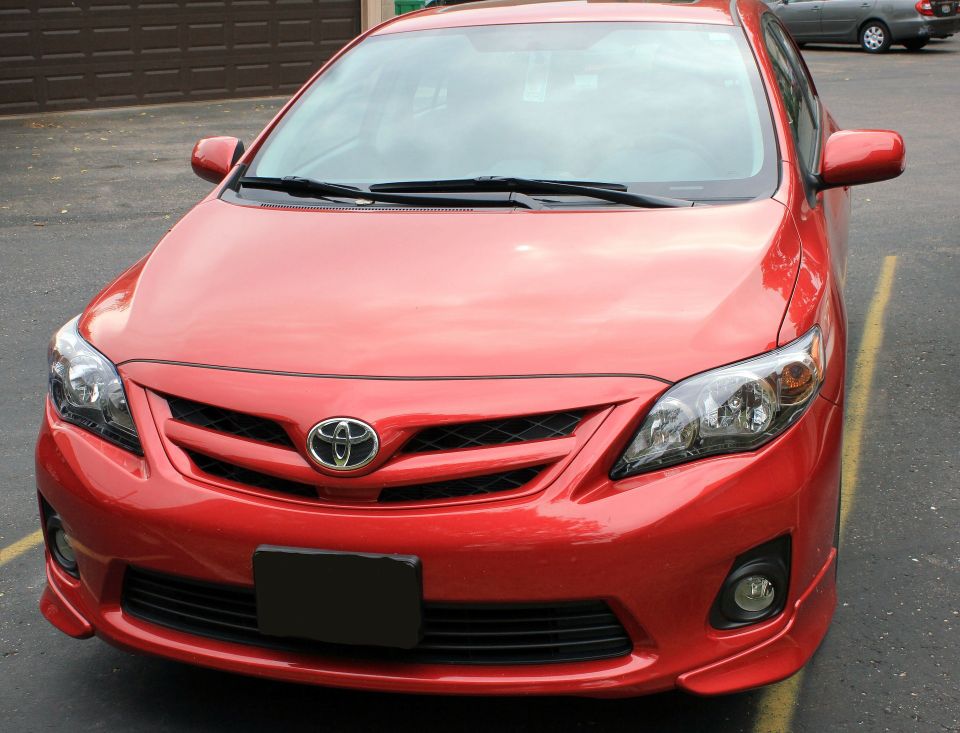 The Prius V is also an one inch wider, six inches longer and three inches taller. The also provides it with a more spacious cabin, as well as over 34 cubic feet of luggage space behind the rear seats. The new Prius makes the rear area more useful by providing rear seats that slide, recline and fold down. Even the front passenger seat can fold flat to allow large items.

The 1.8 liter powertrain in the wagon ( same as the Prius) works with an electric motor and a nickel-metal hydride battery to produce a combined 134 horsepower. Although the EPA rating of 44 mpg city/40 mpg highway and 42 mpg combined isn't as fuel-efficient as the standard Prius, it is certainly worth the trade to gain the extra room and storage capabilities.

The 2012 Prius V is available in 3 trim levels: the Two, the Three and the Five.

The 2012 Toyota Prius V is powered by a 1.8-liter four-cylinder engine teamed with a pair of electric motors. Power is sent through a specialized continuously variable transmission (CVT), with a combined total output of 134 hp and 153 pound-feet of torque.

According to tests, the Prius V went from zero to 60 mph in 10.3 seconds - a time that does lags that of rivals, such as the the Jetta diesel wagon; however, fuel economy is a class-leading 44 mpg city/40 mpg highway and 42 mpg combined.

The 2012 Toyota Prius V comes standard with a number of options to increase the safety of its passengers, such as antilock disc brakes, stability and traction control, front side airbags, side curtain airbags and a driver knee airbag. In brake testing, the 2012 Toyoya Prius V stopped from 60 mph in 129 feet.

There are also addional optional equipment that can be obtained, such as a pre-collision safety system and Toyota's Safety Connect telematics system (which includes emergency assistance and a stolen-vehicle locator).

The controls on the 2012 Toyota Prius are well designed, clearly visable and labeled. The shift lever is placed high on the center stack near the steering wheel making it easily within reach within.

Although some many feel that the Prius V's cabin design is kinf od plain, we feel that true technology can remain quite simple and estthetically appealing. There is a very nice sized glovebox and a  large center console bin along with an open nook beneath the center stack.

The reclining and sliding backseat allows for you to increase either the legroom or cargo capacity, allowing for excellent luggage capacity.

We enjoyed the ride of the 2012 Toyota Prius V. It fet more stable and solid than the regular Prius hatchback. Of course, it is no rocketship; however, its functionality and efficiency were very impressive. There is a power mode available for changing lanes or steep inclines, as well as a eco mode for even better mileage as well. Overall, Toyota seems to prove again that they have the finger on their clients needs and have provided yet another wonderful vehicle.